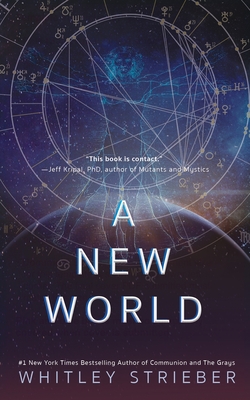 A New World is Coming...If We Can Take It

In 2019, the US Navy admitted that videos taken off the carrier Nimitz by pilots using ultra-sophisticated cameras, were of unknown objects with incredible flight characteristics. Add to this the past 70 years of UFO evidence, and it is now undeniable that something unknown is flying around in our skies. But why are they here?
There are millions of close encounter witnesses who would say that they are here for us, and have already been in contact with us for two generations, while the official world and the media have been in denial.
In 1987, author Whitley Strieber published Communion about his own close encounter. It was met with brutal skepticism...but not from other close encounter witnesses, who wrote him in their hundreds of thousands, telling of their own experiences. As it has been increasingly realized that something real is happening, a great university has archived this precious record.
After 33 years of having them in his life, and an entirely new group of encounters starting in 2015, Strieber returns with a new vision of contact that will shatter all of our previous theories and beliefs and reveal the experience for what it is: the strangest, most powerful and potentially most important thing that has ever happened to mankind.