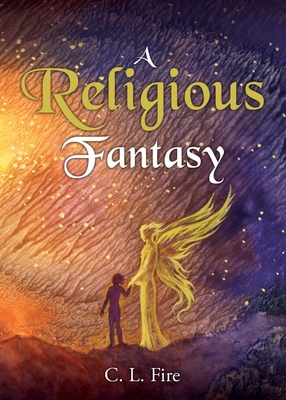 A RELIGIOUS FANTASY is about a Catholic boy, a senior in high school, who prays one night to God to help him find out more about 'angels' for an English essay he has to write. When he fell asleep his Guardian Angel woke him up and asked him if he'd like to go on a 'journey' through the Bible where angels appeared in. The boy thought the possibility of that sounded outrageous but the Angel could tell he was interested, so off they went and it took him several episodes before he finally did realize it was not just a dream but real. The first journey was on 'angels', but then a few days later the angel took him on another journey following Peter and Paul, then a third journey on the Crucifixion of Christ. By this time, the boy realized God was calling him to become a priest, so he entered a Seminary in Rome, Italy, and the boy had the desire to form a new religious organization and would call it "Catholics Making Bridges Between Countries and Religions" (CMBBCR) where 'settlements' of mostly lay-people lived not only among poor groups of people, but also among non-Christian groups all over the world. Their mode of spreading the Good News would be by 'attraction' not by 'proselytizing'. C.L. Fire is a 'retired' lady who has had an interest in 'writing' for many years. She was first interested in writing screenplays, then turned to writing various types of stories. She loves to travel and has visited several countries and lived in a one foreign country for several months She is an avid reader and loves her God (Father, Son, and Holy Spirit), all the Angels and Saints...and feels very blessed to have been born a Catholic Christian. She encourages anyone who has a desire to 'write' to put the pen to paper, or fingers to the keyboard and start...
Sign Up for eNewsletter!
For Email Marketing you can trust.