Shinto: The Way of the Gods (Paperback) 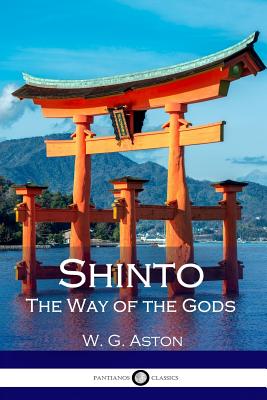 Shinto: The Way of the Gods offers an exciting, lively and authentic explanation of the traditional belief system native to Japan.
The Shinto religion is one of the world's most mysterious, not least because one of its key tenets is to reunite present-day Japanese adherents with the ancient culture and customs of the past. This cultural aim, wherein tradition is married and intertwined with the philosophical and spiritual elements of the doctrine, fascinated many Western scholars who beheld it.
When W. G. Aston published this examination of Shinto in 1905, Japanese society had scarcely begun to open up to the West. At the time barely industrialized, the Japan of Aston's era was starkly different to the Japan of fifty years later, let alone the developed nation of the present day. As such, Aston is able to give an authentic account of Shintoism, devoting chapters to topics such as its priesthood; its places of worship; its moral tenets; and its structure and organization.
Perhaps foreshadowing the decline of Shinto's popularity, the final chapter of Aston's book examines how the core beliefs of Shinto practice were decaying as the younger generation turned away from the older customs. Today, Japanese society's relationship with its religion is complex; many Japanese for example keep a Shinto shrine at home, but do not define themselves in surveys as religious or spiritually observant.
In any event, this book is an illustrative guide to Shinto from a time when Japan stood at the crossroads between its traditional customs, and the transformative effects of modern society and technological change.
Sign Up for eNewsletter!
For Email Marketing you can trust.