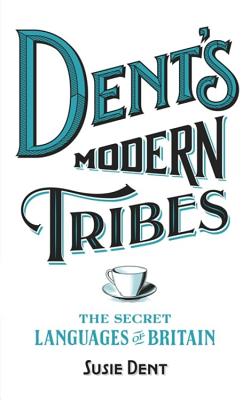 By Susie Dent
Email or call for price.
Hard to Find

Did you know that . . . a soldier's biggest social blunder is called jack brew - making yourself a cuppa without making one for anyone else? That twitchers have an expression for a bird that can't be identified - LBJ (the letters stand for Little Brown Job)? Or that builders call plastering the ceiling doing Lionel Richie's dancefloor? Susie Dent does.

Ever wondered why football managers all speak the same way, what a cabbie calls the Houses of Parliament, or how ticket inspectors discreetly request back-up? We are surrounded by hundreds of tribes, each speaking their own distinct slanguage of colourful words, jokes and phrases, honed through years of conversations on the battlefield, in A&E, backstage, or at ten-thousand feet in the air.

Susie Dent has spent years interviewing hundreds of professionals, hobbyists and enthusiasts, and the result is an idiosyncratic phrasebook like no other. From the Freemason's handshake to the publican's banter, Dent's Modern Tribes takes us on a whirlwind tour of Britain, decoding its secret languages and, in the process, finds out what really makes us all tick.

Susie Dent is the resident word expert in Dictionary Corner on C4's Countdown and 8 Out of 10 Cats Does Countdown. She comments regularly on TV and radio on words in the news, and has contributed to Woman's Hour, 15 x 15, Word of Mouth, More or Less, Today, BBC Breakfast, and R4's Wordaholics.. Susie is the author of several books, and has weekly columns in both the Radio Times and the website Mental Floss.

Fascinating study of expressions . . . Dent is something of a modern-day Professor Henry Higgins—The Lady

A work of considerable interest and charm, dishing up verbal pleasures and surprises on virtually every page—Sentence First blog

A fascinating, joyful look at the tribes all around us, from twitchers to taxi-drivers. A must—Matt Haig

A fabulous read for anyone who loves words, and wants to learn some more. Funny, fact-filled and delightful—Jonathan Ross

A brilliant, funny, wise, and illuminating canter through the languages of modern tribes—Richard Madeley

I thought only criminals had their own words for everything. Dent's Modern Tribes shows me quite how wrong I was—Lynne Truss

The keys to the mysterious Kingdom of Jargon—Adam Buxton

Susie Dent is a one-off. She breathes life and fun into words—Pam Ayres