The Art of War (Hardcover) 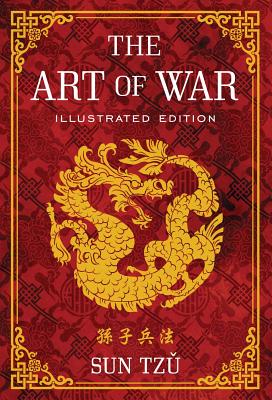 By Sun Tzu
Email or call for price.
Backordered

Know the enemy and know yourself; in a hundred battles you will never be in peril. The Art of War, by the Chinese general and philosopher Sun Tzu, is one of the most influential books of military strategy ever written. More than 2,000 years old, this classic of Chinese philosophy lays out a systematic, rational approach to tactics and strategy that leaders worldwide have applied not only to the military, but also to business, law, martial arts, and sports. This elegant hardcover gift edition uses Lionel Giles's classic translation and stands apart for its gorgeous design, fine Chinese illustrations, and affordable price. Giles's extensive annotations and commentary on Sun Tzu's aphorisms and proverbs are also included.

Sun Tzu (544-496 B.C.) was a philosopher and military strategist who served the kingdom of Wu at a time when the kingdoms of China were in a state of near-constant war. His many aphorisms about strategy were later compiled into The Art of War, whose international popularity over the following two-and-a-half millennia made him one of history's most influential writers and thinkers.