Travel Guide to Port Charles: When to Go, Where to Live, Who to Love and Who to Never, Ever Cross in America's Most Dramatic City (ABC) (Paperback) 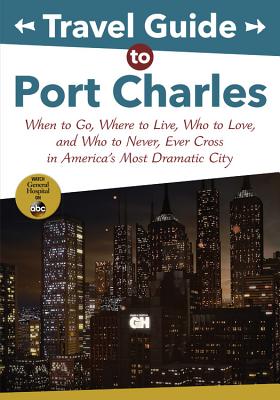 By Lucy Coe
Email or call for price.
Hard to Find

Chris Van Etten is the recipient of the Emmy award and several Writers Guild Awards for his work on ABC's soap operas "One Life To Live" and "General Hospital", the latter for which he still writes. Additionally, he wrote "Wickedpedia" for Scholastic's Point Horror line and co-wrote the "Likely Story" series of young adult novels with friends David Levithan and David Ozanich.