The Villa: A Novel (CD-Audio) 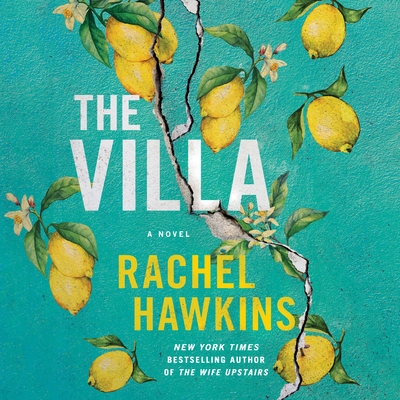 “Six weeks in an Italian Villa is an ideal summer for best friends Chess and Emily — except for the secrets they’ve kept. The Villa has secrets of its own. ‘Houses remember’ is the first line of a book written at the Villa; this one has seen it all!”
— Beth Mynhier, Lake Forest Book Store, Lake Forest, IL

As kids, Emily and Chess were inseparable. But by their 30s, their bond has been strained by the demands of their adult lives. So when Chess suggests a girls trip to Italy, Emily jumps at the chance to reconnect with her best friend.

Villa Aestas in Orvieto is a high-end holiday home now, but in 1974, it was known as Villa Rosato, and rented for the summer by a notorious rock star, Noel Gordon. In an attempt to reignite his creative spark, Noel invites up-and-coming musician, Pierce Sheldon to join him, as well as Pierce’s girlfriend, Mari, and her stepsister, Lara. But he also sets in motion a chain of events that leads to Mari writing one of the greatest horror novels of all time, Lara composing a platinum album––and ends in Pierce’s brutal murder.

As Emily digs into the villa’s complicated history, she begins to think there might be more to the story of that fateful summer in 1974. That perhaps Pierce’s murder wasn’t just a tale of sex, drugs, and rock & roll gone wrong, but that something more sinister might have occurred––and that there might be clues hidden in the now-iconic works that Mari and Lara left behind.

Yet the closer that Emily gets to the truth, the more tension she feels developing between her and Chess. As secrets from the past come to light, equally dangerous betrayals from the present also emerge––and it begins to look like the villa will claim another victim before the summer ends.

Inspired by Fleetwood Mac, the Manson murders, and the infamous summer Percy and Mary Shelley spent with Lord Byron at a Lake Geneva castle––the birthplace of Frankenstein––The Villa welcomes you into its deadly legacy.

Rachel Hawkins is the New York Times bestselling author of The Wife Upstairs and Reckless Girls, as well as multiple books for young readers. Her work has been translated in over a dozen countries. She studied gender and sexuality in Victorian literature at Auburn University and currently lives in Alabama.
Sign Up for eNewsletter!
For Email Marketing you can trust.