Gangs of the El Paso-Juárez Borderland: A History (Hardcover) 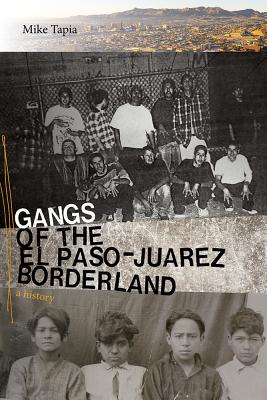 By Mike Tapia
Email or call for price.
Usually Ships in 1-5 Days

This thought-provoking book examines gang history in the region encompassing West Texas, Southern New Mexico, and Northern Chihuahua, Mexico. Known as the El Paso-Ju rez borderland region, the area contains more than three million people spanning 130 miles from east to west. From the badlands--the historically notorious eastern Valle de Ju rez--to the Puerto Palomas port of entry at Columbus, New Mexico, this area has become more militarized and politicized than ever before. Mike Tapia examines this region by exploring a century of historical developments through a criminological lens and by studying the diverse subcultures on both sides of the law.

Tapia looks extensively at the role of history and geography on criminal subculture formation in the binational urban setting of El Paso-Ju rez, demonstrating the region's unique context for criminogenic processes. He provides a poignant case study of Homeland Security and the apparent lack of drug-war spillover in communities on the US-Mexico border.