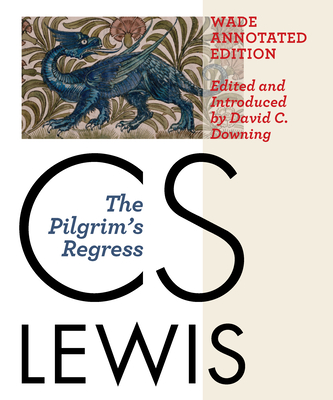 C. S. Lewis's allegory enhanced with a wealth of annotations, including notes by Lewis himself

This splendid annotated edition, produced in collaboration with the Marion E. Wade Center in Wheaton, Illinois, helps readers recover the richness of Lewis's allegory. Often considered obscure and difficult to read, The Pilgrim's Regress nonetheless remains a witty satire on cultural fads, a vivid account of spiritual dangers, and an illuminating tale for generations of pilgrims old and new.

Editor David C. Downing's critical introduction provides needed biographical and cultural context for fully appreciating The Pilgrim's Regress. Downing relies throughout both on his own expertise and on previously unpublished sources from Lewis himself to identify allusions to other authors, translate quotations, and explain humor hidden within Lewis's text. Among the hundreds of annotations are references that draw parallels to Lewis's later works, including Mere Christianity, Surprised by Joy, and the Chronicles of Narnia.

C. S. Lewis (1898-1963) taught English literature at Oxford and Cambridge Universities and wrote more than thirty influential scholarly and popular books. Among his many famous works are Mere Christianity, The Screwtape Letters, the Chronicles of Narnia series, Miracles, and Surprised by Joy.
Sign Up for eNewsletter!
For Email Marketing you can trust.